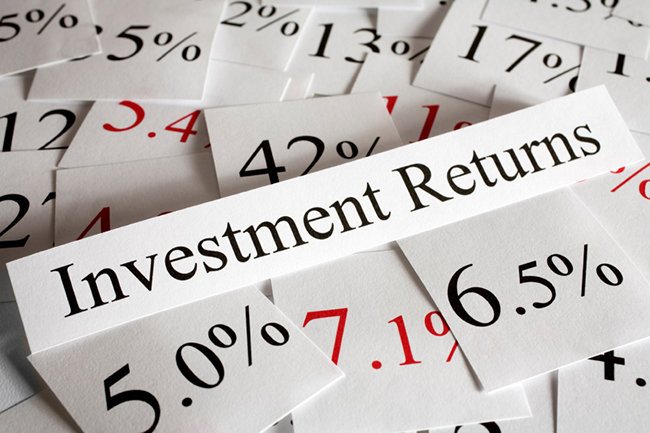 1) Not getting an education

Getting an education is a critical part of becoming a successful real estate investor. It’s much easier and less costly to educate yourself than to make mistakes in the real world. We are lucky to live in a country full of educational opportunities for whichever endeavor we want to pursue. Surprisingly though, not everyone takes the initiative to learn before they take action. This exposes these people to costly (and sometimes career-ending) mistakes that could have easily been avoided. Some misguided people even complain that the books, courses, or seminars promoted by real estate experts are too expensive. I guess that depends on where you stand. To me, they seem cheap compared to what I know can be earned in this business. Perhaps to a novice though, they may seem expensive. But as the saying goes, “If you think education is expensive, try ignorance.” Think about it. Is a $500 course worth it if what you learn only makes you $5,000 on a single wholesale deal? What if it could save you a mere $5,000 on a single rehab? Or what if it helped you create an extra $200 per month cash flow on a single property for just one year? Would it be worth it to you? The value of an education often doesn’t reveal itself until you’ve stepped up to the plate and put yourself in the game.

2) Not getting an education from the right people

The internet is a great tool. But it’s also saturated with too much information – good and bad. Oftentimes, from less than credible sources. So don’t confuse the information you find on the internet as necessarily being quality information. For example, there are a number of real estate investing newsgroups and blogs that have proliferated the internet. Many so called experts on these sites are more than willing to share enough information to get you into trouble. Do you really want to get your information from “rei-man-TX” or “investor-guy75?” Carefully consider whether these are truly reputable sources to be obtaining information from. I can’t believe some of the misinformation I’ve seen posted on these sites. Remember, anyone can post on a newsgroup and anyone can create a blog. But just because someone has a blog, doesn’t mean they necessarily know what they’re talking about. The misinformation you get may be costly…in either lost profits or reputation.

Novice investors may also get misinformation from friends or family members. Perhaps they dabbled in real estate at one point. Now they feel entitled to tell you what little they may know about real estate investing. Be extremely wary of people who have “dabbled” in anything. Dabblers are rarely experts in anything. As the saying goes, “Jack of all trades, master of nothing.”

If you’ve managed to get a good education from a good source, the next step is to take some action. Knowledge is only power once you begin to apply it properly. Merely buying a wide array of real estate investing products or attending bootcamps isn’t going to make you any money. Some novices neglect to take action because they’re still searching for that magical secret that is going to make it start raining deals. The real secret is hard work! Others are paralyzed by fear of what might happen if they get one of their offers accepted. Or, they may give up making offers if they don’t experience instant success. Whatever the reason, not taking consistent action is a sure way to fail at anything. Personally, I believe that initial failure is the universe’s way of forcing us to make sure we truly want what we’re pursuing. In the end, persistence is what leads to success. And the more we persist, the closer we get to success.

Many novices regularly attend their local real estate clubs. Clubs and associations are excellent way to network with other like-mided people, learn techniques and strategies, and have fun. Unfortunately, I’ve met countless club goers who have never done a deal before. Instead of using the club as a spring board into taking action, they tend to use the club as a warm blanket because they fear being out on their own. When I meet these people, my advice to them is to stop sitting around with the other novices talking about all the deals they would like to be doing. My advice is simple, go out there and get some deals done. We all need a good education. But that is only one step in the process. There is no substitute for hard work.

4) Not having realistic expectations

Most novice real estate investors have unrealistic expectations. It may be about the amount of repairs a property needs, the time it takes to complete a project, or the profit they should get from a deal. They’re expectations are either too high or too low. If they’re wholesaling properties, they may get too greedy and try to charge the rehabber too much. If they’re rehabbing properties, they may underestimate the repairs required. If they’re landlording, they may underestimate the amount of maintenance a property will require or forget to factor in vacancies. While getting an education plays a large role in these mistakes, another reason is that they did not leave enough room for error. They assumed everything would go as planned. Real estate deals rarely go exactly as planned. Experienced investors understand the importance of planning for the unexpected. This way, when things don’t go as planned it’s not the end of the world.

5) Not treating real estate investing as a business

Contrary to popular belief, real estate investing is not like the stock market. It is not a passive investment. It is an active investment. Whether a novice investor’s intentions are to flip or to own rentals, they sometimes think owning real estate is going to be a lot easier than it is. While the profit potential in real estate is usually much greater than owning a stock, it inherently requires more effort than most passive types of investments. Whether you’re wholesaling, rehabbing, or landlording, real estate requires your time and constant attention. In this way, it’s more like a business than an investment. For example, you must be disciplined about your business. You need to set a schedule for yourself and stick to it. You need to set policies and procedures and adhere to them. You need to set goals and do whatever you can to achieve them. Not everyone has that level of discipline without a boss telling them what to do. When you run your own business, you are the boss. You must be willing to make sacrifices to succeed. For you this might mean that you need to turn off the television and read your home-study courses. It might mean that instead of spending money on new clothes, you invest that money in your business. Or it might mean that instead of going to the park on Saturday you search the MLS, look at properties, and familiarize yourself with your target neighborhoods.

It can take awhile for novice investors to see positive results when starting out. You can’t expect to immediately find deals and make money. It may take several months to get your first deal. As a comparison, new real estate agents are often told by their brokers that it may take up to six months to close their first transaction. Similarly, real estate investors should expect to wait a few months to close their first transaction. Furthermore, it can take years for your real estate investing business to become a thriving venture. There aren’t too many businesses that become profitable immediately – no matter the type of business. It often takes several years for most businesses to get to a point where they make steady and reliable profits. Running your own business can be fun and extremely rewarding. But rest assured, the early years can be unpredictable. As a result, you need to have a lot of patience for things to take off.

7) Not concentrating on quality deals

This is one of the biggest mistakes I see novice investors make, especially after they have done a few deals. After they have some success, they begin to focus too much on quantity instead of doing quality deals. This mindset leads them to do less profitable deals. And once an investor begins to do thinner deals for the sake of doing more deals and outdoing their competition, they eventually find themselves in trouble. For example, I know many wholesalers and rehabbers who became too confident before the housing downturn of 2006 and loaded up on properties. When the market went south, these investors were left holding a lot of worthless inventory. Most of these investors went bankrupt and lost all of their properties. Unfortunately, this is a lesson that most investors learn the hard way. For some reason, avoiding the temptation to focus on quantity is a principle that most investors have a hard time accepting. Their natural inclination is to do more. They might feel the pressure to tell their friends what new project they’re working on. They might feel bored unless they’re working on something new. Or they might feel guilty about not “staying busy.” Whatever the reason, novices must learn that investing is an activity in which “staying busy” is not always smart. Sometimes, the best deals are the ones you don’t do. When an investor learns to concentrate on a small number of quality deals, they enjoy not only better profits, but also a better lifestyle since they’re not running around managing a huge portfolio of properties. For most people, the whole point of getting into real estate investing in the first place is to live a better quality of life, not to work longer and harder.

8) Not moving on from bad deals fast enough

Since novice real investors usually don’t have a steady stream of leads coming in and don’t know what a truly profitable deal looks like, they tend to overanalyze bad deals far too long. They get anxious and want to get deals done. And even when they put the numbers of the deal into their spreadsheet and see the deal clearly doesn’t work, they still find a reason to justify it. They logically know that a deal should be avoided, but they try to justify it anyway. While I believe everyone needs to start somewhere, the ideal place for a novice real estate investor to start is in a good deal not a bad one. What novices eventually learn is that not too long after taking on a marginal deal, a greatdeal is not far behind. But because they’ve tied up their resources with the marginal deal, they can’t pursue the great deal.

9) Not writing down goals

Don’t try to run your business without a clear plan. Clarify your goals by committing them to writing. Then, revisit them once a week until they become reality. Something magical happens when you write down your goals on paper. They begin to take root. When you focus on them repeatedly, you nurture them and they begin to grow. It’s important to write down your purpose, strategies, and goals. Begin by asking yourself the following questions:

When you’re clear about your goals, you have a much easier time accomplishing them. And if your goals are unrealistic you should change them as necessary. Don’t get stuck in an unrealistic set of goals that will only produce frustration. At the same time, you shouldn’t change your goals too often either. It’s hard to hit a moving target. You want to strike a good balance between having reasonable, achieveable goals and also setting goals that will force you to get outside your comfort zone.

Beware of Real Estate Deals With Nothing Down
October 6, 2017

How to Get Started in Real Estate Investing
October 3, 2017

The biggest mistakes property investors make: 1 – Starting too big
September 19, 2017
Get in Touch
Go to Top